For many of us, 2020 has always been a time in the future, far, far away, that held the promise of a Jetson’s-like world.  Although glimpses of that have arrived, we still don’t have flying cars or robot maids who become part of the family (although my Roomba is close!). One technology that has been emerging and can offer a world where anything is possible is Virtual Reality (VR).  Although it’s been around commercially for several years, 2020 looks to be the year when VR makes the move from the hardcore gamer and techie market to the general consumer and companies looking for a new way to grow and improve their business.

This holiday season reminded me a lot of when the Motorola StarTac came out in 1996.  For those who don’t remember, the StarTac was the first modern flip phone that became an immediate “must-have” selling nearly 60 million units.  It was my first mobile phone, as it was for many people.  It was the smallest phone at the time and there was certainly a “cool factor” of being able to flip open your phone to make a call.

Much like the mobile phone market of the early 1990s, Virtual Reality hardware has been bulky and expensive with almost all headsets requiring a PC and cables to enjoy a reasonably good experience.  2019 saw the release of the Oculus Quest which is a wireless VR headset with great resolution (1440×1600 per eye @ 72Hz) and a decent battery life for less than $500.  It became a ‘must-have’ Christmas gift and after setting sales records in the Fall, sold out and is now on backorder through Mid-February.  Other VR headsets experienced similar sales success such as the Valve Index which sold out prior to Christmas after a very popular game was announced for release in March 2020.

How does this all fit together to prove that 2020 is the year VR finally turns the corner?  Looking at the early mobile phone market as a guide, we see similar dynamics with the technology finally providing an experience that is both exceptional and affordable along with increasing consumer adoption.  And now with many people experiencing the magic of Virtual Reality on personal devices, the willingness to leverage the technology in the workplace will be quickly adopted.

But even if you were fortunate enough to dance with a Robot or slash away in Beat Saber or Vader Immortal, how can you begin to apply immersive technology and get business results?  The following includes the basic considerations and aspects of Virtual Reality you can use as a guide to considering VR in your business.  There will be future articles discussing Augmented & Mixed Reality including use cases and strategies as well as updates on the latest development across the entire immersive technology spectrum. 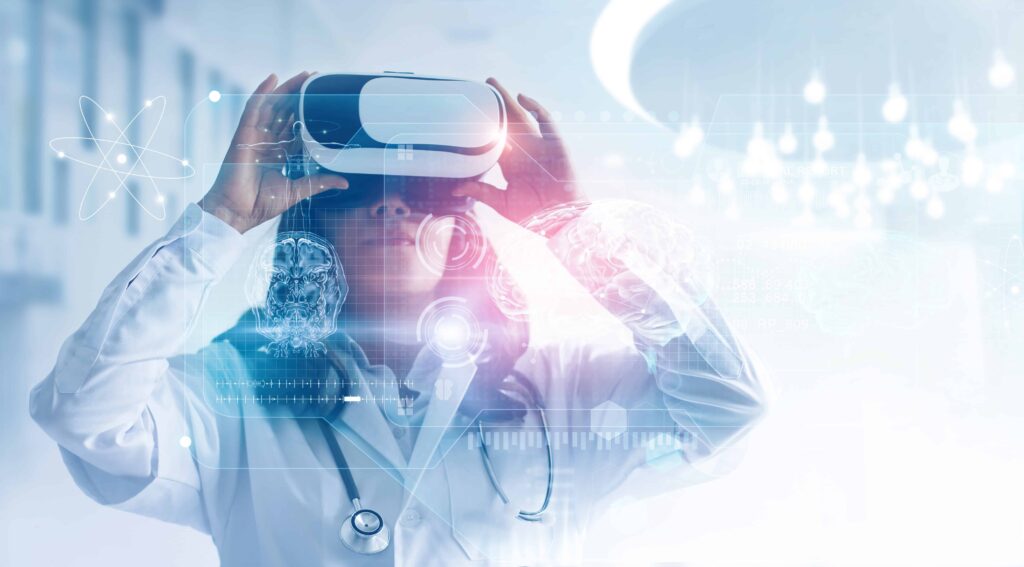 People often combine all immersive technology into once category and it’s important to distinguish between Virtual Reality, Augmented Reality and Mixed Reality. At the moment, the primary difference can be broken down into what you see (or don’t see), what device you use and your level of interaction.

Augmented and Mixed Reality both use devices that overlay a digital experience on top of the real world while a Virtual Reality experience occurs completely inside the headset. While many AR Experiences are simply passive overlays of a digital element (think Snapchat Filters), MR typically focuses on interactivity.

Virtual Reality refers to an experience that occurs completely inside a headset where everything one sees is computer generated. This means there is no interaction with or awareness of the outside world. Although there are significant differences at the moment between VR, AR & MR, I predict the will become much more seamless and unified as we start the next decade.

There are countless reasons to choose VR for your project because anything is possible inside a VR headset. With that said, just because you CAN doesn’t necessarily mean you SHOULD.  Start by identifying an activity that has one or more of the following characteristics:

For example, maybe you have a product that you’d like to bring to a tradeshow but it’s not practical to bring due to size, cost or complexity.  Creating a hands-on product tour inside a headset will not only save money, but excite potential customers and, in 2020, create buzz.

Or maybe your company needs to train workers and wants to avoid expensive travel, minimize liability for an inexperienced operator, or avoid downtime on equipment while the learning is taking place.

The ability to guide someone through an exceptionally elaborate system or visualize invisible objects such as the molecular composition of a new pharmaceutical product makes Virtual Reality an incredibly powerful tool to simplify complexity. 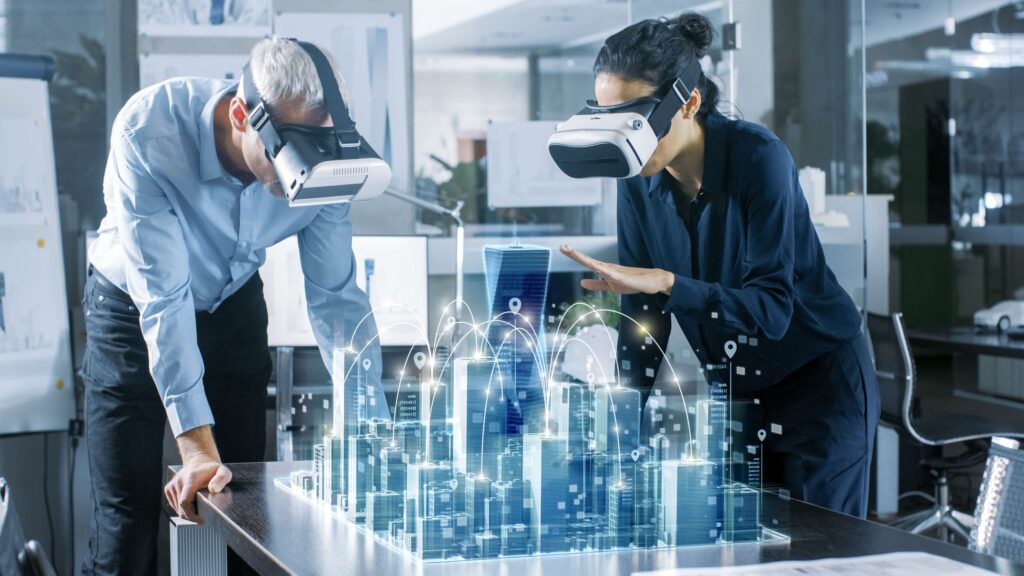 Is It Worth It?

Once you’ve identified a possible VR project, you need to determine if there will be a positive ROI for your investment or, more generally speaking, is it worth the cost.  Often, when leveraging new technology, the most difficult aspect is determining the value of doing something that was once impossible, or at least impractical.

For example, what is the value of experiencing an active shooter simulation where the participant must react properly to save lives including their own? What about treating a patient with a fear of heights through a virtual walk to the edge of the Grand Canyon? Or what would it be worth to be able to allow a client to destroy your product to better understand its durability?

After both leveraging the capabilities of VR and determining the value of this new experience, the list below provides a few more obvious areas to determine your budget and ROI: 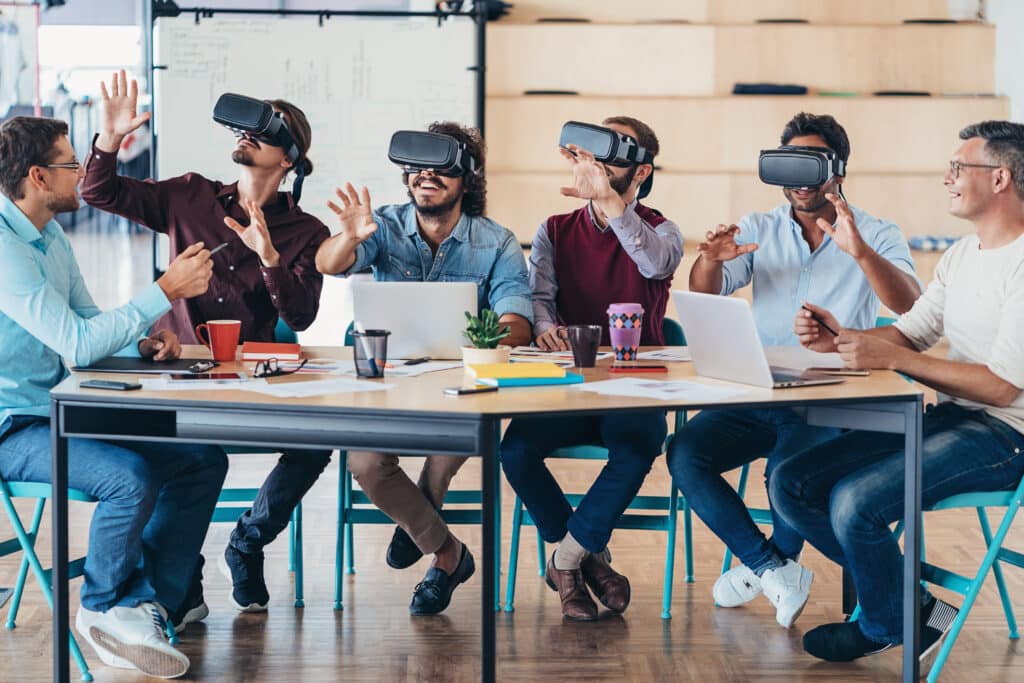 Designing to the Budget

Once you’ve identified a project and its budget you need to focus on designing the VR experience to meet your objectives within the budget you’ve set.  Creating a VR experience is a lot like making a movie.  You can create a low budget Indie Film or a Hollywood Blockbuster and both can be great as long as they can support the objectives and deliver a good experience.

3D Design, customization, optimization, and audio production will be the key drivers when it comes to cost.  Video elements such as resolution and motion can dictate hardware requirements. Custom design and 3D scanned humans or objects can significantly increase costs.

“Feel” is something that must also be very well-defined using things like a Vision Board as it is subjective and can quickly expand budget.  Finally, integration with an LMS, CMS or another backend system can also impact the overall cost but can provide a very powerful way to capture usage data that normally is difficult or impossible to gather; like how long someone looks at an object or the specific time and order in which someone touches different elements. 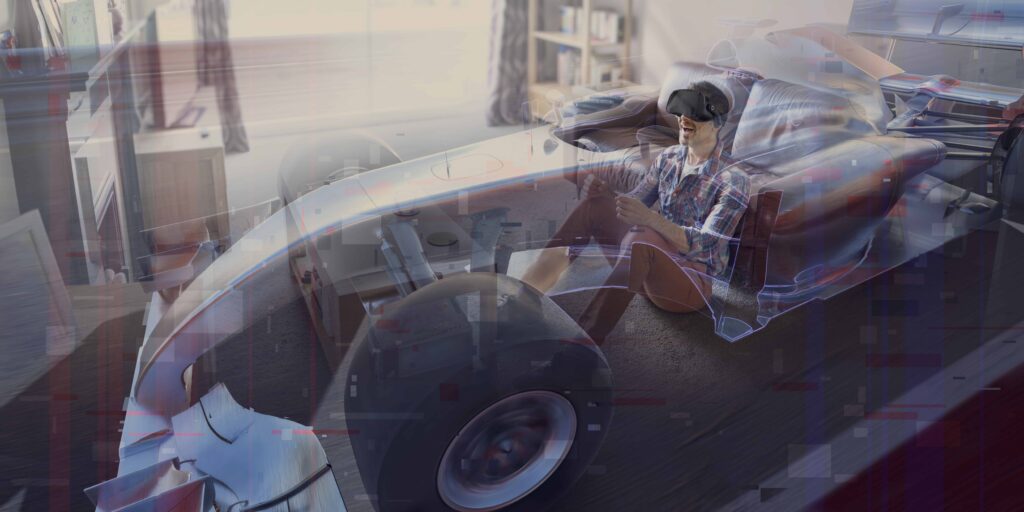 Regardless of the level of production you hope to achieve, you must always start with a detailed User Story.  Think about the experience(s) the user should have while inside the headset.  Remember that every detail must be considered with extra attention paid to navigation and physics.  When inside a headset, one needs to easily know how to “get around” and have a sense of size and presence that mimics reality or else they will be lost, confused, and possibly sick to their stomach.

Keep in mind that anything is possible and can work well as long as it is comfortable.  For example, teleporting is an effective way to avoid motion sickness or limited physical space to navigate. Also, the proper use of haptic feedback through controllers or special wearables can provide physical feedback that will greatly enhance the experience.  An example of this was iHeartMedia’s Earthquake experience, where a haptic floor mat was used to simulate the shaking of an earthquake. Spatial audio can also be an excellent way to give the participant an expanded sense of size and location.

Finally, it’s critically important that VR projects have someone fulfilling the role of a producer.  This person should completely understand the project vision as well as have a deep understanding of the capabilities (and limitations) of Virtual Reality.  This creates greater focus along with creativity and ensures the project delivers an exceptional experience.  During the design and creation of the experience, constant feedback and user testing is also critical so make sure that there is someone dedicated to this task as well.

Virtual Reality in the Workplace | Top Use Cases for Best ROI

Virtual reality is the latest technology to capture the imagination of forward-thinking business leaders. Once only for gamers and techies,