In a study by Immersion Neuroscience, they asked a group of people which shows from a group of 25 different shows from 6 major U.S. cable TV channels they would watch, in order to predict which shows would be the most successful. Based on their responses of the shows they intended to what, they predicted the top-rated shows with only 17% accuracy. This means that having consumers self-report their reactions to a show is an unreliable way to predict ratings.

This is just one example of many case studies that Immersion Neuroscience has done to show that self-reporting has a bias and is often incorrect or unreliable. They believed there was a better way, a more accurate way, to measure the value of experiences. And thus, the Immersion Neuroscience Platform what born.

The Immersion Neuroscience Platform uses a heart rate monitoring band to track a participant’s physical response to an experience in order to calculate their level of engagement using their proprietary Immersion Quotient™. The technology measures the wearer’s unconscious emotional responses that reveal information about what people really want, with a high level of accuracy.

In the case study referenced above, using two neurologic measures, Immersion Neuroscience was able to identify the top-rated shows with 84% accuracy, compared to the self-reported 17%.

Our team developed a Windows desktop application that aggregate the information from the heart rate bands and displays the data in easy-to-understand graphs. The desktop app was built using .NET and supports both online and offline functionality.

A separate dongle receives a signal from the heart rate bands and records the data, which is then passed on to the desktop app. Multiple heart rate bands can connect to a single dongle, resulting in multiple devices with different components, limitations, and range. Our development team worked to identify and solve these challenges in order to quickly and accurate transmit the data.

Immersion is measured second-by-second through the hundreds of signals collected by the heart rate band in real-time. The data is viewable anywhere in the world, by any team member, the through web interface.

inQ accurately predicts what people want based on measuring data coming from the brain and captured through the heart with 82%-95% accuracy. It can predict the impact of experiences including purchases, social shares, brand loyalty, and engagement. 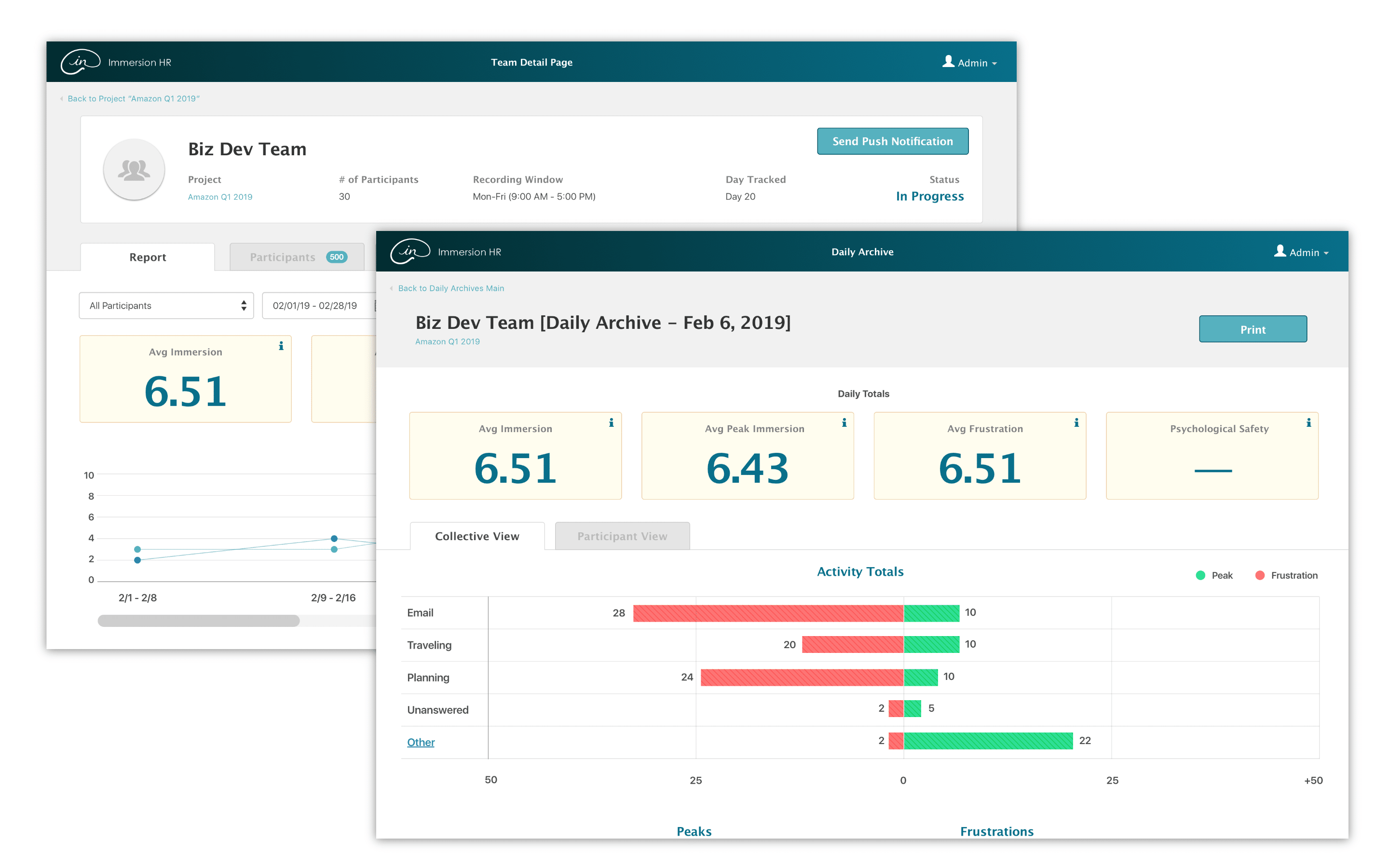 “In our first year, clients understood that we were a young company and that we’d have issues. Some of our clients were essentially beta-testers. At times, our app didn’t function the way it should have, or data wasn’t recorded the way that it needed to be. Saritasa was there to smooth those issues out pretty rapidly. For one project that was going on in France last year, our project manager at the time stayed up through the night to make sure that if anything happened, they were there to jump in and resolve issues.” – Jorge Barraza, CTO & Founder of Immersion Neuroscience